Couple words about our service

From the first photograph to the making of sevice 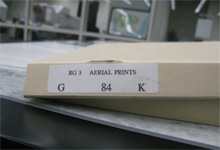 We made that service to make the research within worldwide Aerial Archival photographs collection reachable by any person around the world easy as 1,2,3. We have a huge experience in that kind of researches. We will take care of the interaction with the archives, which is held the Aerial Reconnaissance photographs. You will just need to provide us information about your Area of Interest, and we will take care about the quality and fastest research and digitizing. 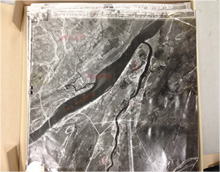 In the early 1990, When the Aerial Reconnaissance archives, were unclassified, these archives were become extremely truthful and perhaps the only source of a huge amount of information about the battles of the Second World War. Stephen Spielberg have used much of an Aerial Reconnaissance photographs, during the making of the "Saving The Private Rayan" movie. Also these photographs were used by HBO-channel, during making of the "Band of Brothers" movie. Much of historians, researchers were already satisfied by using of our services. I will be happy, if you will try our service too! I hope we will can help you and you will be fully satisfied by the quality of our service. We will glad to help you!

We are using only professional scanners

We are making our digitizing process of the Archival Aerial Reconnaissance photographs only on the professional scanners made by the Epson. The Epson Expression 10000XL and 11000XL. These scanners, because of professional sensors, giving most accurate and quality picture of the original archival material.

We will complete your order in the short time

We can check the coverage by the Archival Aerial Photographs in the same day when you will place your order. Full cycle of digitized image production, from the research to digitizing will takes no more than 21 Business Days.

We guarantee the individual research plan

Any order is have his individual research plan. We always ready to make a research within the Archival Aerial Photographs collections, based on your needs. Just contact us, right after you will place an order, and provide us additional details about your needs within that order. We will a research based only on your needs.

We always ready for replace of some materials for you

When the digitized copies, you've ordered, will be fully blurred or Your Area of Interest, which you've specified in the order, will be fully covered by the clouds, we always ready to make replace of that photograph by the other or give you a full refund for that photograph. The other similar web-services will never make this.

We always work in touch with you

We always respond on your messages within the working day of receiving it. We always trying to answer your questions in the short time manner. You will not stay misunderstood. We are trying to make maximum quality e-mail support service for our customers, from the moment when they will palce an order to the moment of the full completing of that order.

Transparency of our services

We have an organization officially registered on the territory of the Russian Federation. Our service officially exists more than 4 years, for this time, we have completed more than 4750 orders. We work on the basis of an official terms and conditions and strictly follow all its points. Unlike private archivists, who may not provide the whole range of services, or simply do not perform part of the work, we give a guarantee for the full completion of orders, as part of the service terms.

We never forget about our long-time customers. For that customers we have the Bonus Program, which allows to accumulate bonus points, in the amount of up to 10% of the amount of orders completed. Bonuses are calculated immediately after the completion of order. There is no need to wait for processing of bonuses. Bonuses can be spent on further orders in automatic mode.

Aleksander
Leader and inspirer of the service. He has extensive experience in the study of Archival Aerial Photography. He is responsible for all processes in the service. For the proccessing of orders for search of the archival aerial photography, its digitization, orthorectification and GPS-positioning.

Helga
She makes the search and digitization of the Archival Aerial Photography and other Archival Materials within the archive. She is creating, coverage maps for customer zones, on the basis of the archive reference materials. And she is responsible for all communication within our service.